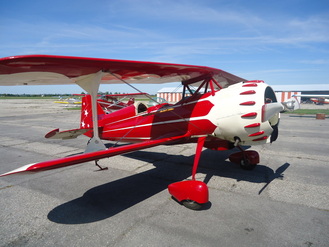 I stopped by Brantford airport in my quest to find a hangar I can buy to store my plane in for the next 25 years or so but, like most other airports in Ontario, no one wants to see general aviation take roots- only a new hangar condo for $500month was available. The thing about airports (in my opinion) is that before you can charge big bucks for the big aerospace companies to locate there is that you need to allow the little guys to make it viable- everyone seems to think that you can simply skip this step and fasttrack to a booming airport.  Photo at left: a nice Skybolt I stumbled across on the edge of the airfield (at a private hangar).
Nonetheless, Brantford is a great little airport and I hope the city there recognizes the potential of this great airport. It has a rich heritage and has the potential to be a major player in support of the local economy if only given the opportunity and empowered management. 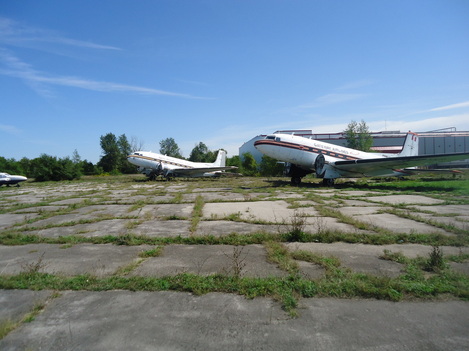 These two DC-3 have sat on the field for a number of years and apparently have been repossessed by the municipality for failure to pay for their airfield parking. Some time ago, a microburst pushed one of them across the ramp and took out the tail of a small Cessna-after that, both were relegated to the far corner where they are slowly succumbing to the elements.
Update: http://www.navigamus.net/2012/04/scrapping-the-brantford-dc-3s 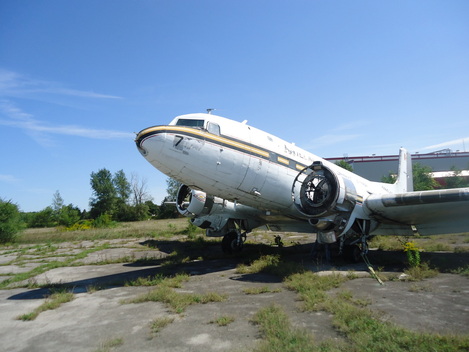 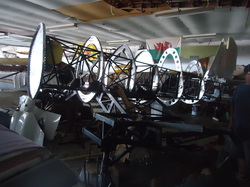 Among some of the way cool projects I found underway at the field included a scaled down F-4 Corsair and what I was told was a fullscale Spitfire (looked more like a Hurricane to me) which looks to have been mothballed for the time being if the layers of dust on it were any indication. 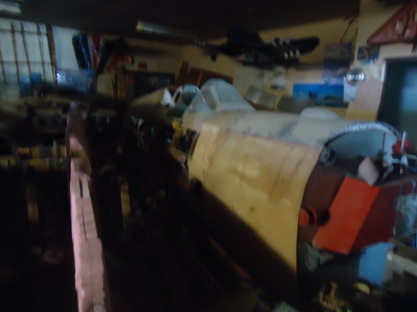 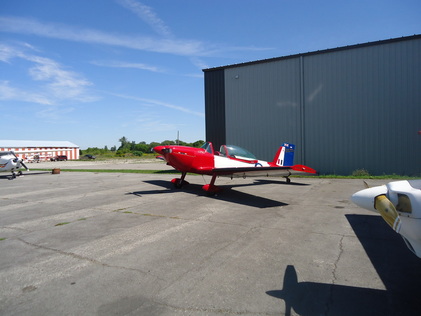