When I attended public school in the mid 1970's, I always looked forward to our weekly visit to the school library, and the wealth of information it offered on any subject of interest I could think of-which at the time was mostly airplanes. One of the books I clearly recall to this day was a textbook of advanced aircraft- black and white photos of American jet aircraft since the Second World War. Of course this included all of the Century aircraft -which at that time could still be seen at summer airshows- as well as many of the experimental aircraft of the 50's and 60's which had largely expanded on concepts borrowed from German trophy aircraft captured at the end of the war (my opinion only, but supported by numerous examples). Walking into the Dayton Airforce Museum was like a flashback to those library visits, only instead of black and white pictures, I was looking at the actual aircraft of that single textbook.
​The scale of this museum is hard to describe, but consider over 350 aircraft all of which are historically significant over four massive hangars, each of which can comfortably house the largest aircraft ever built and you get the idea. Essentially, there is almost one of every model of military aircraft ever flown by the US military in this collection.
​ 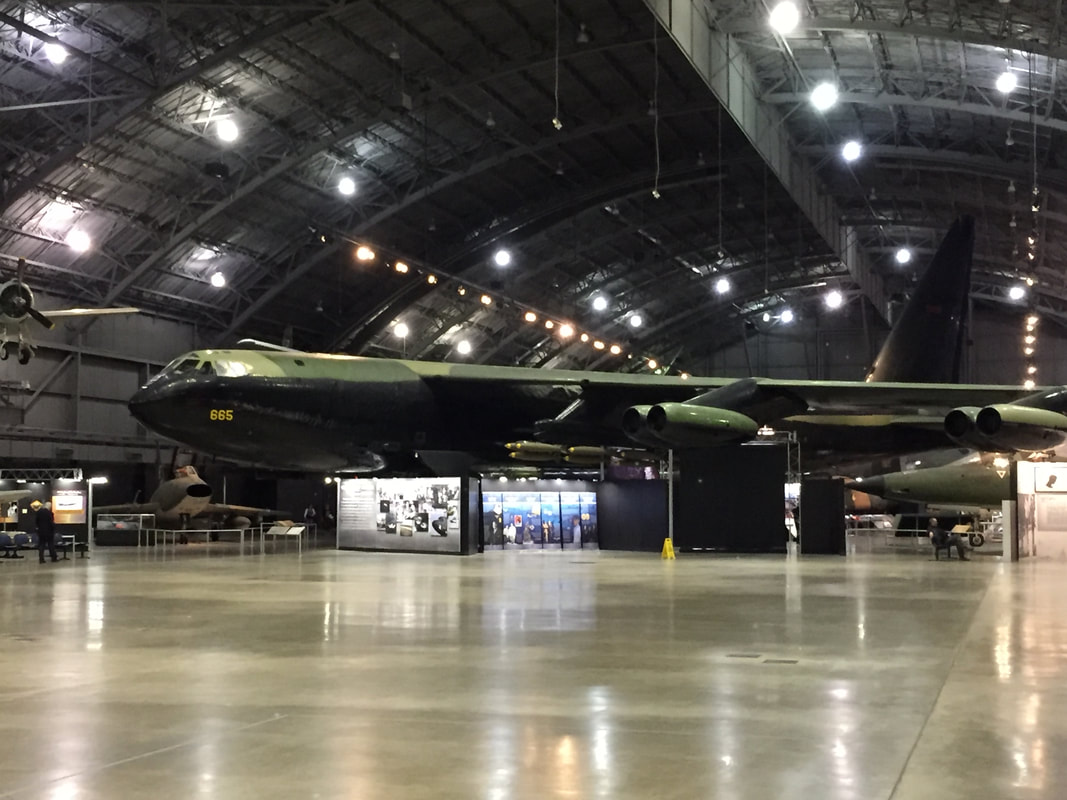 A massive B-52 bomber 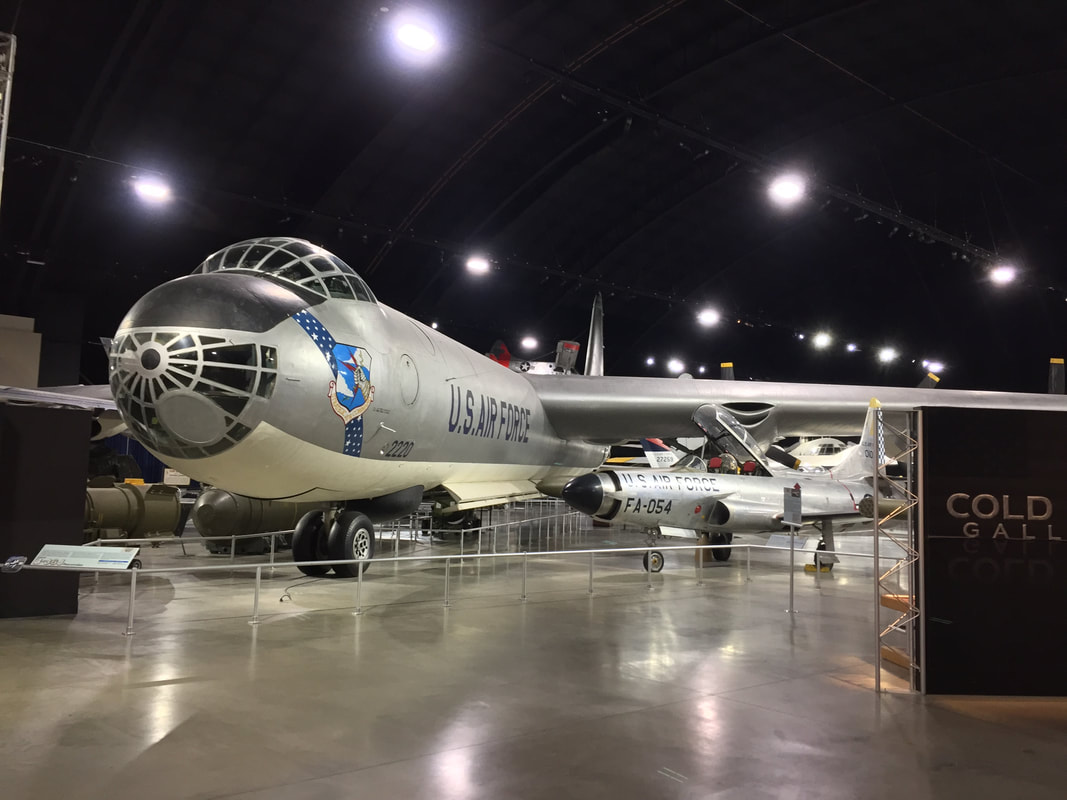 B-36 Peacemaker- America's nuclear deterrent of the 1950's, one of which crashed in BC. 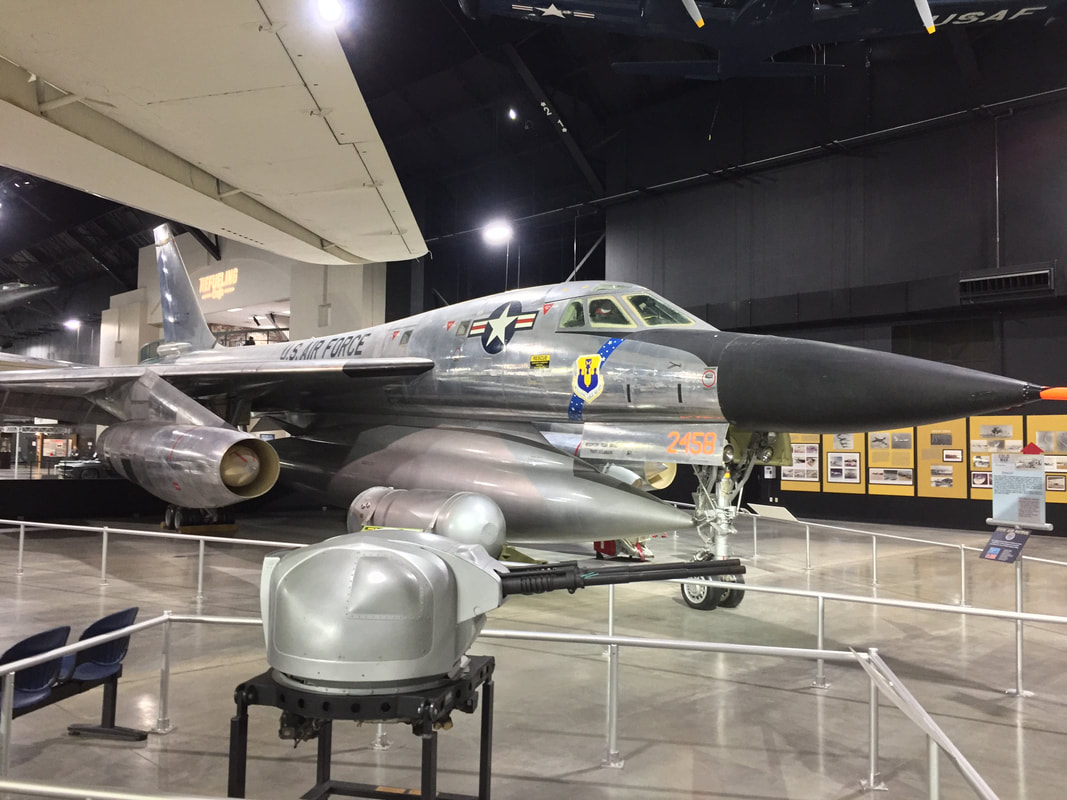 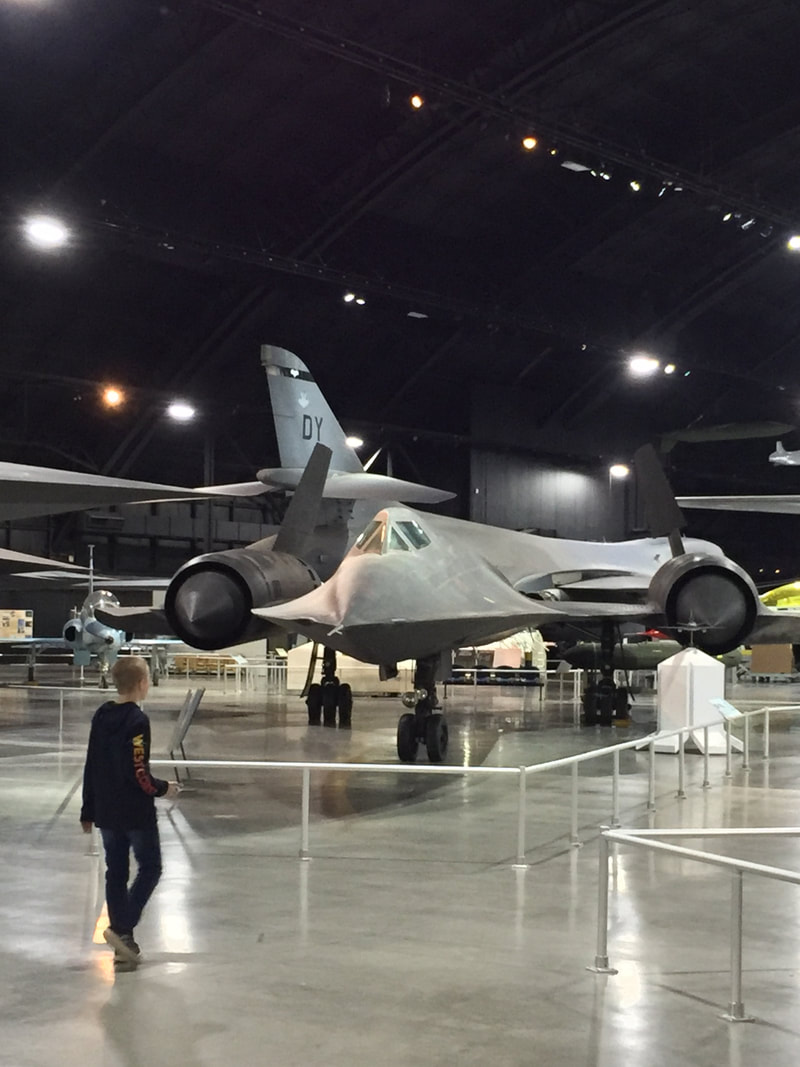 Son checks out Blackbird. B-1 bomber in background. 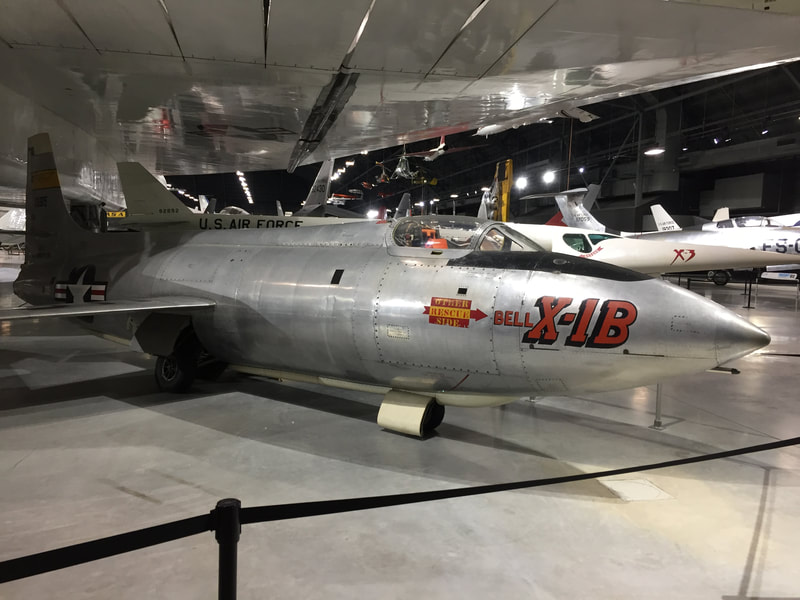 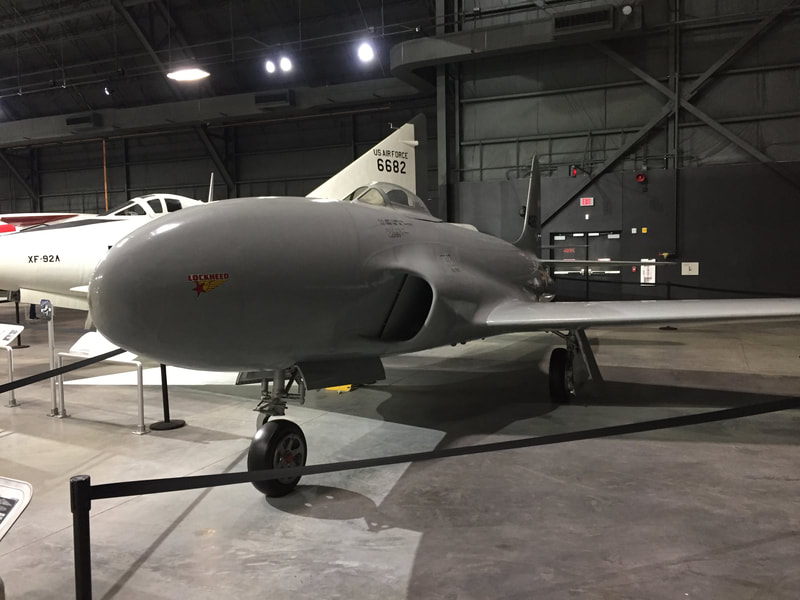 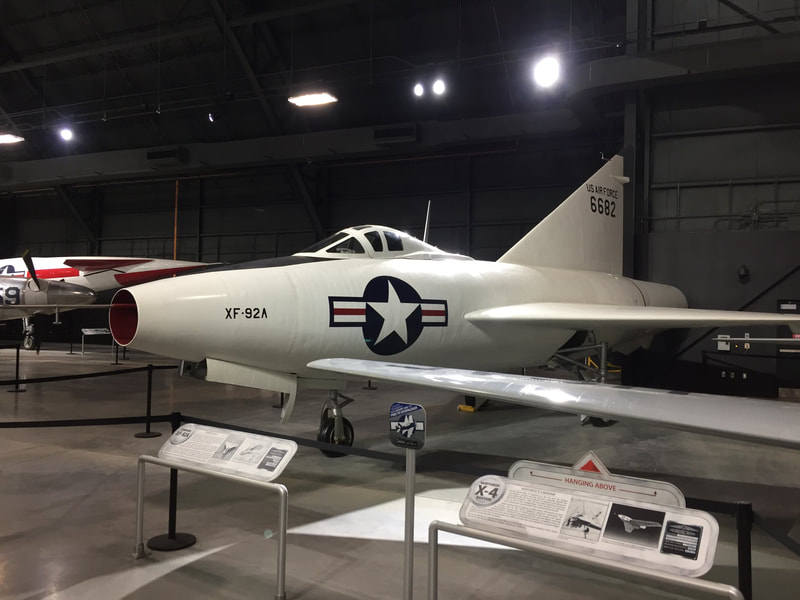 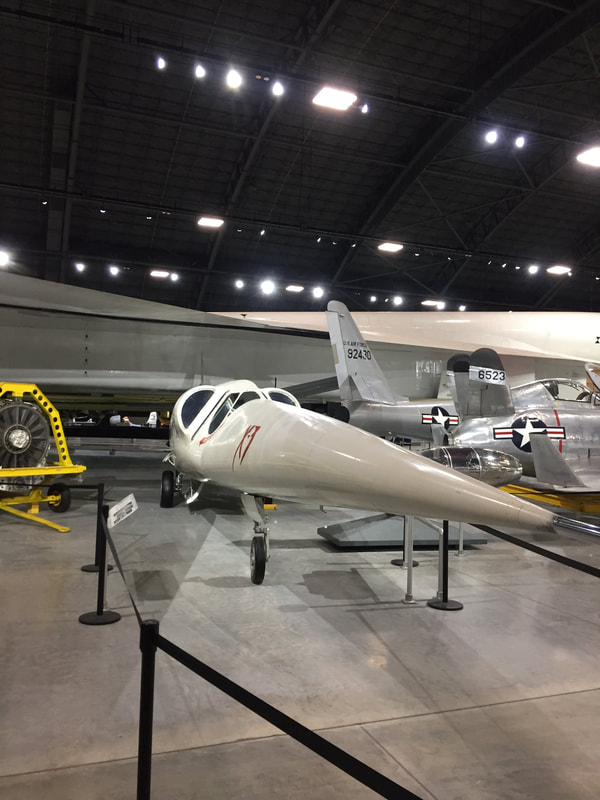 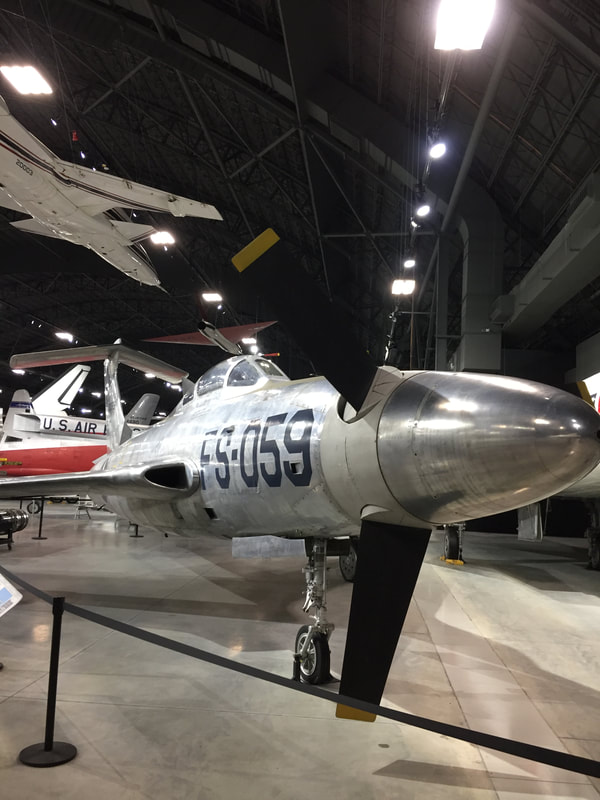 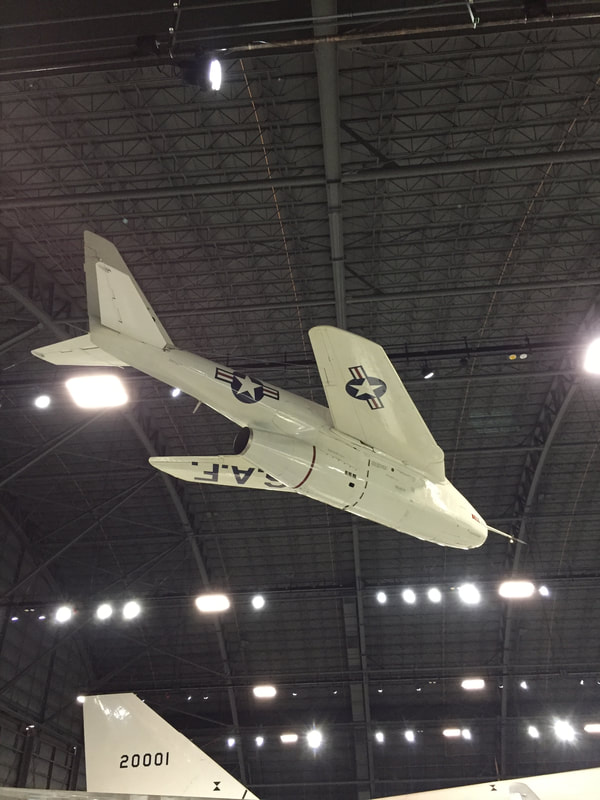 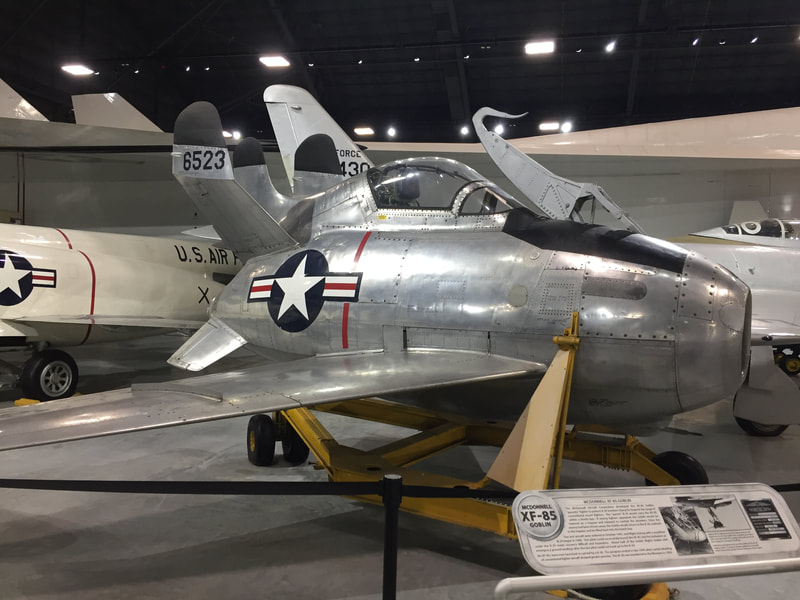 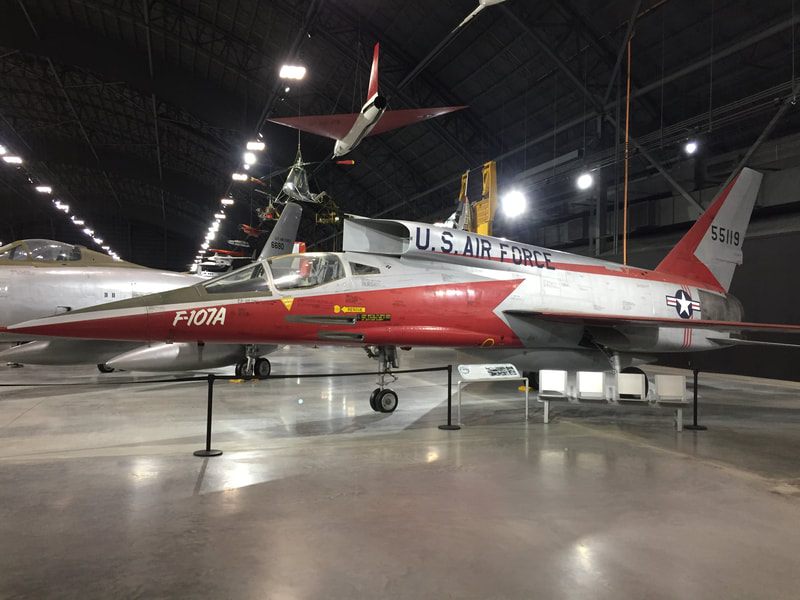 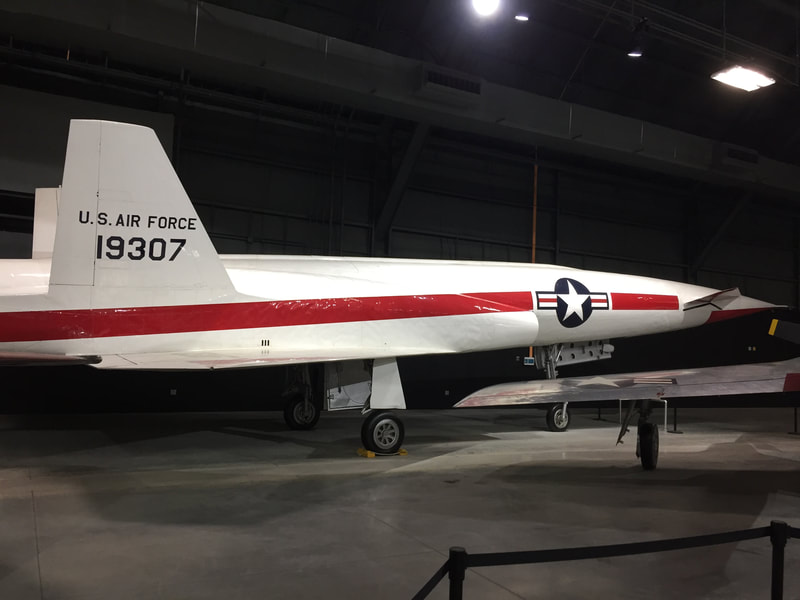 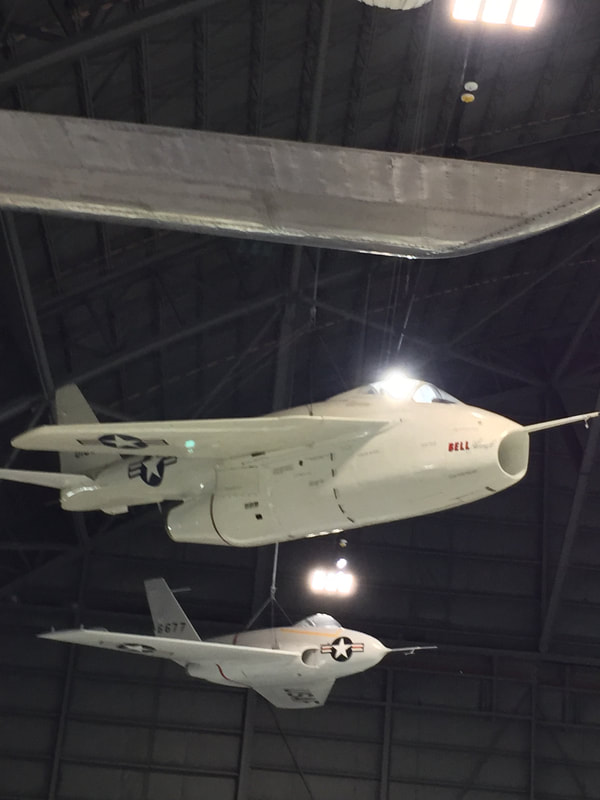 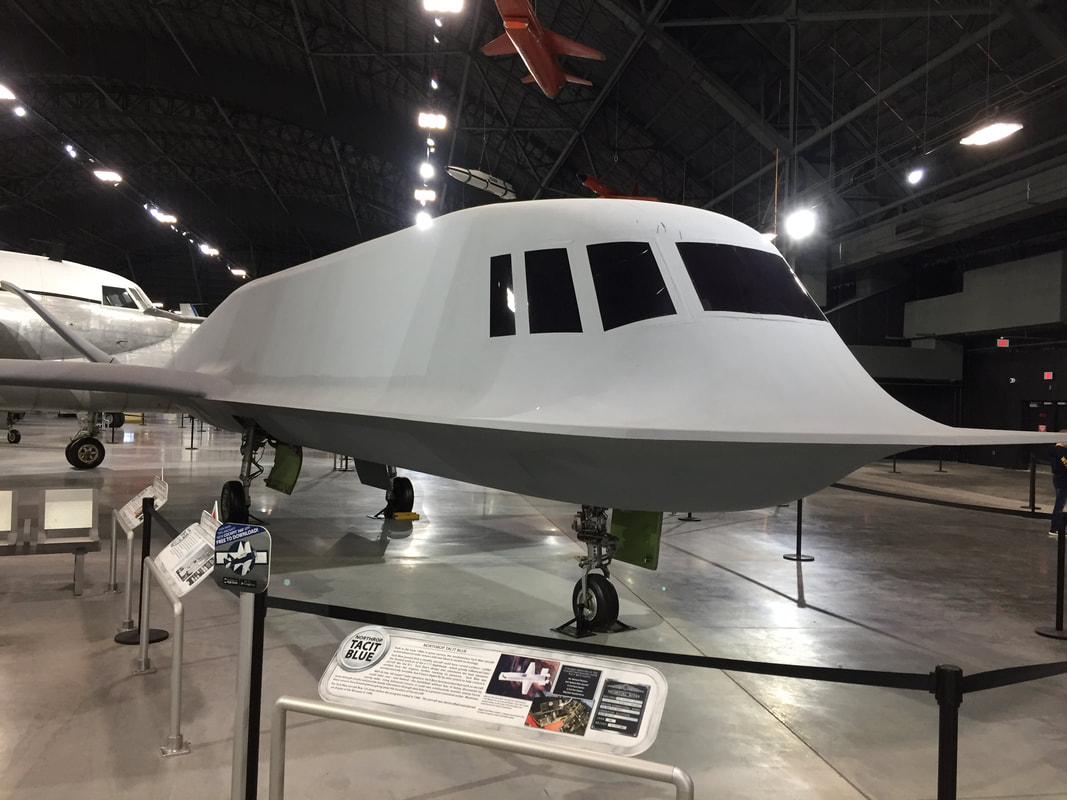 An early experiment of stealth technology...
Mar 2019 Recently I found a set of 5 old photos (below) in a retro comic bookstore in Lansing Michigan. amongst them were some images of an aircraft that I had not seen before and what appeared to me to look like a stretch Airocobra but was not- in fact, they were images of a P-75 Eagle, which was built by the Fisher Body Division of General Motors in 1943. It was developed in response to an urgent need for an interceptor at the start of the war but by the time it was ready, other better aircraft like the P-47 and P-51 had filled the role and the order was cancelled. Only 14 examples were built in total, one of which is(and I assume the only one) on exhibit at Dayton. 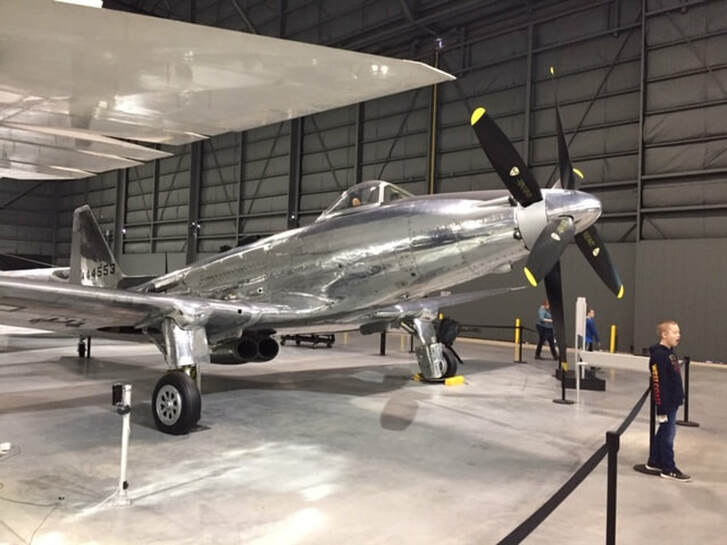 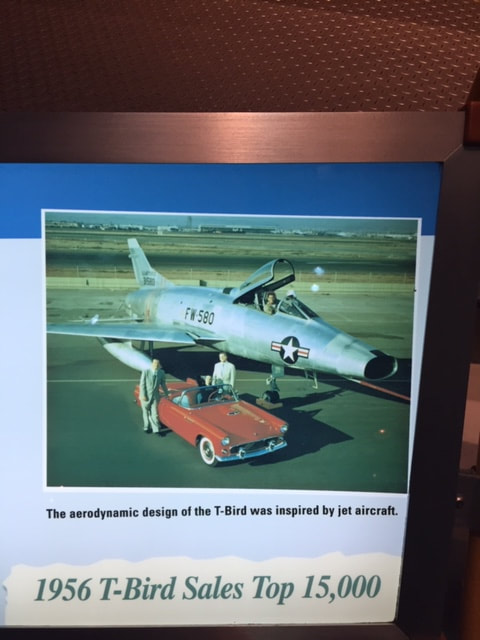 The Thunderbird is probably one of the most iconic cars to roll of of Ford's production lines during the 1950's and it took it's design cue from the F-100 Thunderbird. 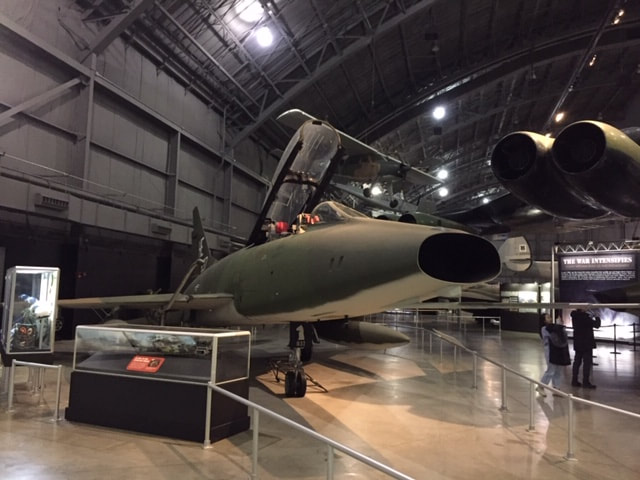 T-bird parked alongside a B-52 bomber