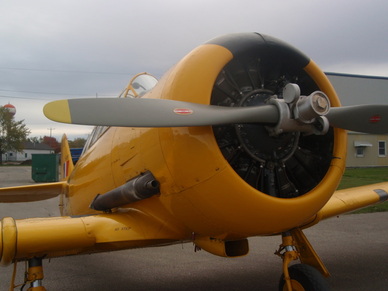 Glen Latour held his annual fall fly-in breakfast today at Centralia airport and although the weather didn't look promising in the morning, it did clear up enough to have a good showing nonetheless. I planned to pick up my friend Tyler at London airport in my RV-4 but upon reaching the control zone was curtly told that I could not land there without a transponder because it was class C airspace. I've flown out of London since I was fifteen and it was Class C back then too, but no one ever complained about not having a transponder. Give me a break-at 7:30 in the morning on Sunday with no one within miles of London, it's ridiculous that this controller wouldn't let me in unless I was planning on getting my transponder repaired there. That's a perfect example of what's wrong with general aviation in Canada                 photo:  A nice Harvard at Glenn's breakfast fly-in. 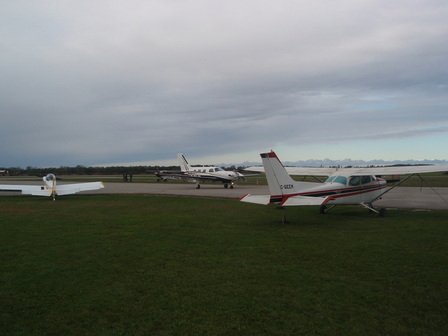 CG-EXU at left. Late arrival at centre really does qualify for the  quintessential $100 breakfast title. 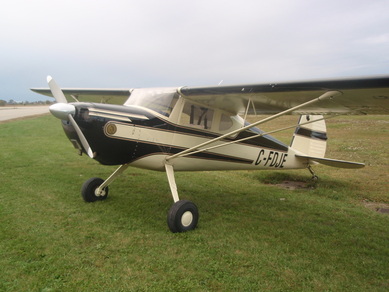 Larry from Reeces Corners is one of the friendliest GA pilots I know-he had his plane blown over in a storm a couple of years ago and spent what must have been a good chunk of money getting it back to airworthiness condition and a nice paint job to boot. 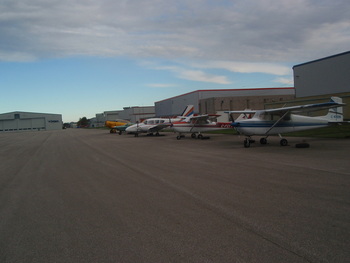 Some of the flight line at Centralia. 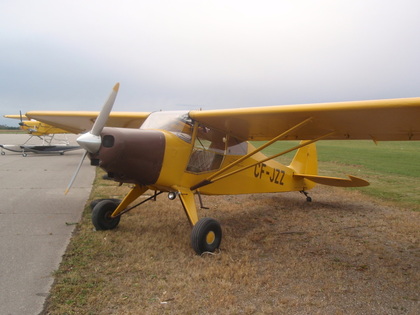 It's not really a fly-in until a Cub shows up. 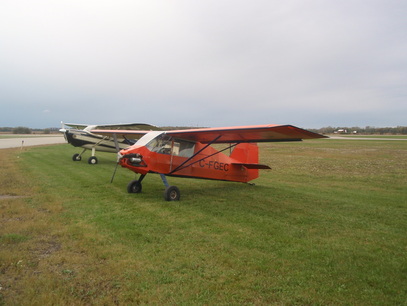