May 22 2018
New York City is not the first place that jumps to mind when I think of places to go and see unique aircraft, but if you are ever in the area, the World War 2 era aircraft carrier, Intrepid will dispel that notion. Permanently docked on the west side of Manhatten, almost adjacent to where the Miracle on the Hudson plane splashed down, this behemoth is now a memorial museum and displays a broad variety of aircraft from the fighter that would have flown from it's deck during WW11, to the much later Blackbird which surely would never have been able to take off from it's deck-not to mention the space shuttle Enterprise, now stored in an add-on building at the rear of the carrier. My son and I had passes to tour the ship and spent the better part of an hour thoroughly enjoying a tour of the ship including speaking with crewman who had served aboard her in the 1960's before she was decommissioned. The crewman we spoke with had been on board during the recovery of the second orbital flight of a human (Scott Carpenter) by the United States. 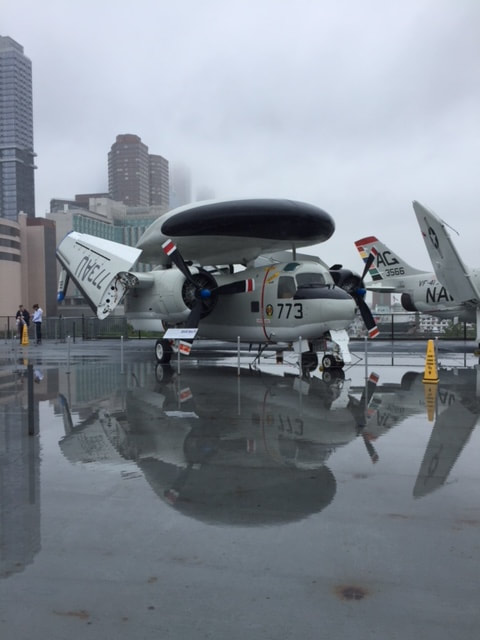 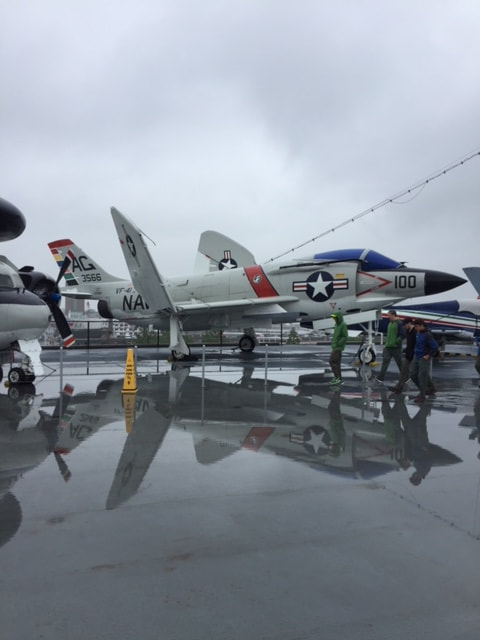 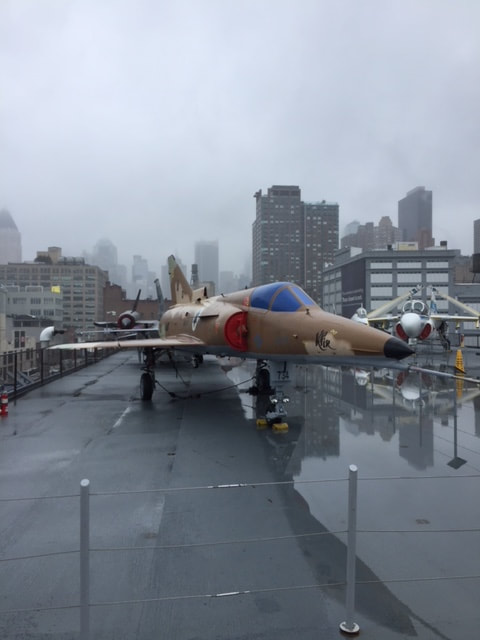 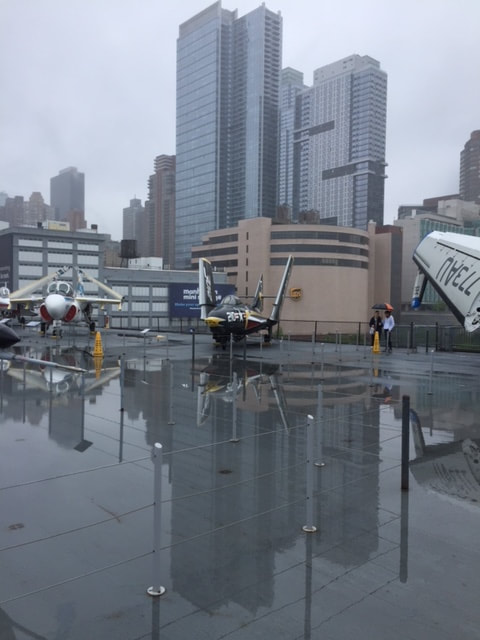 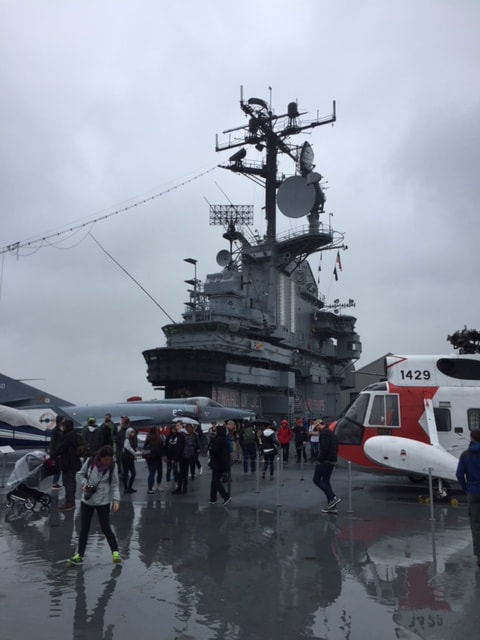 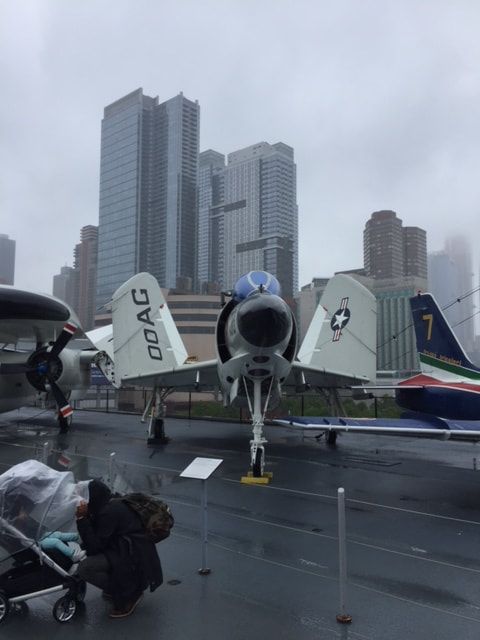 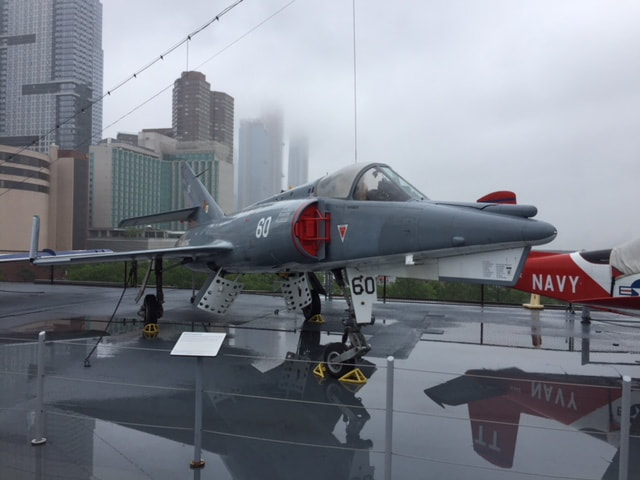 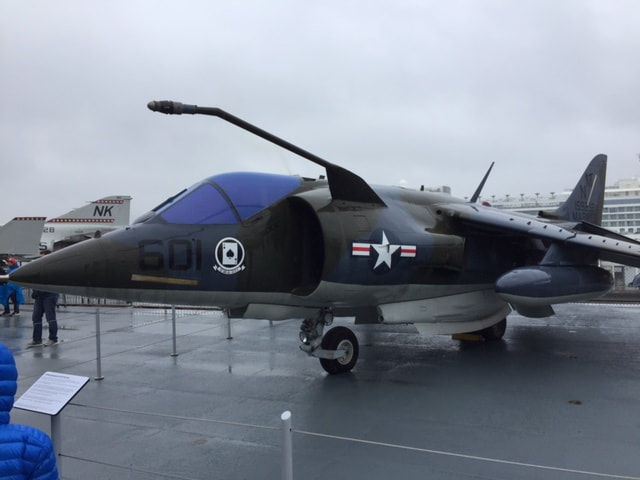 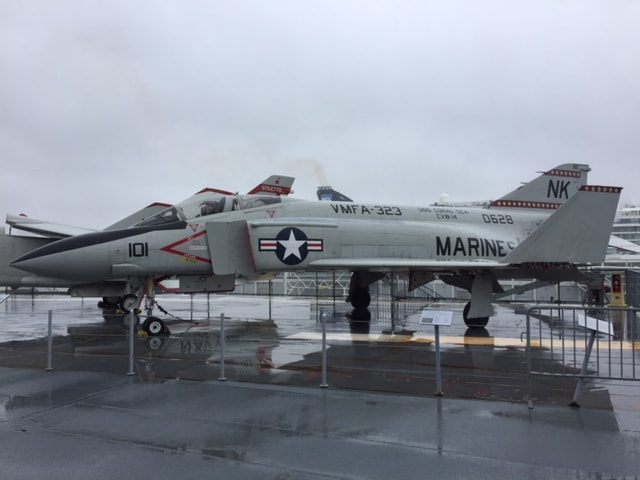 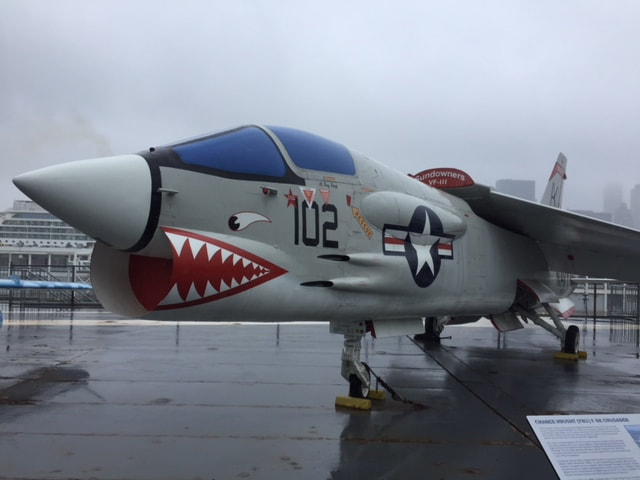 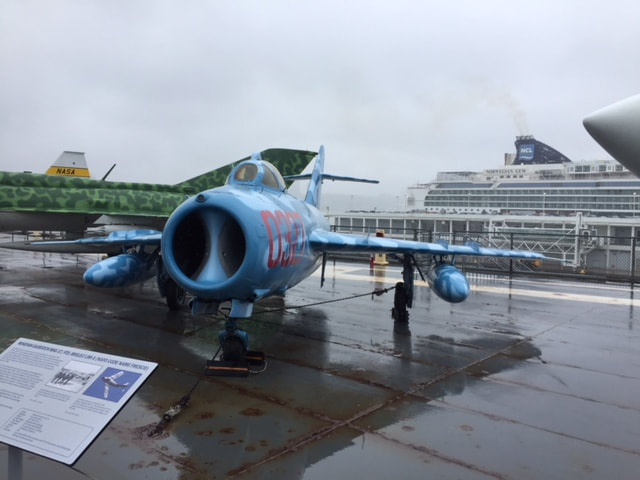 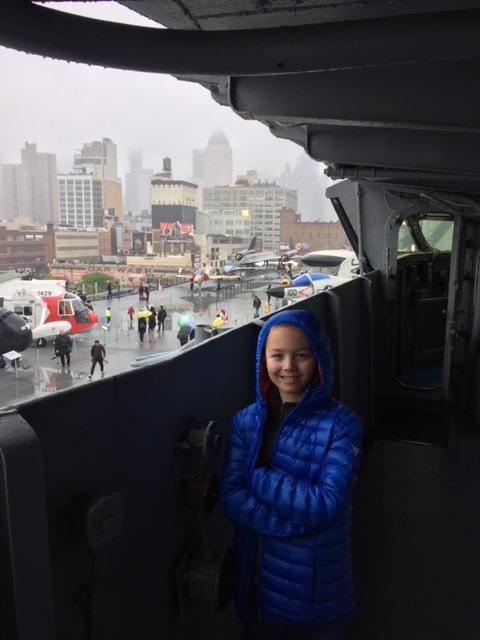 On the superstructure- note A-12 Blackbird at bow. 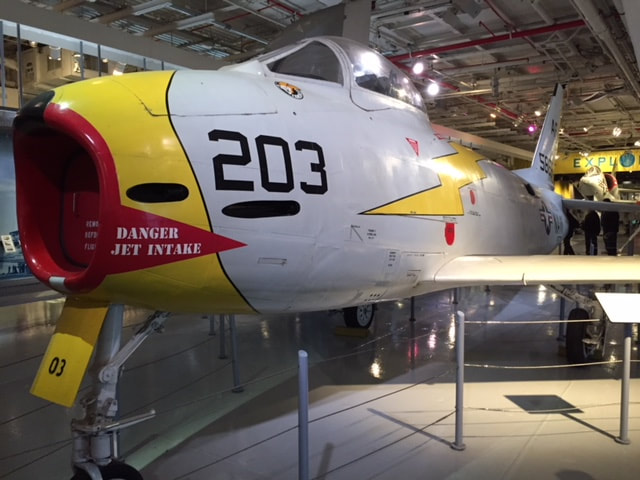 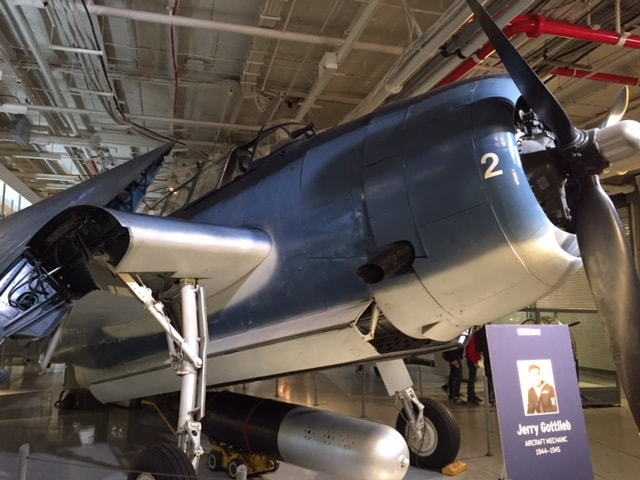 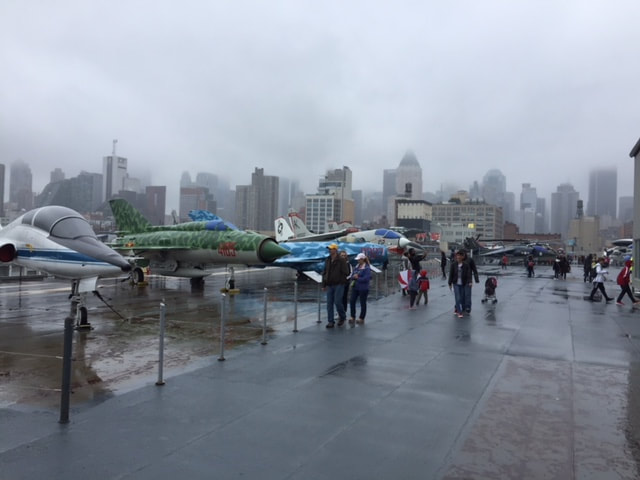 On the flight deck with Manhatten streetscape
The Soyuz TMA-6 space capsule pictured below docked with the ISS in 2005 and carried the 3rd civilian passenger, Greg Olsen into space who must have been crazy wealthy because he also apparently got to keep the space capsule which he has loaned to the Intrepid museum. Despite their fairly small size, the Soyuz spacecraft are probably the most successful spaceships ever, and this descent and re-entry module would be the only component that returns to earth-the rest gets burned up. The tiny pod is on display in stark contrast to the massive Enterprise spacecraft, which towers above it - the message is not lost on the viewer about the scale and relative complexity of the two competing programs. I'd still rather return to earth in the Soyuz. 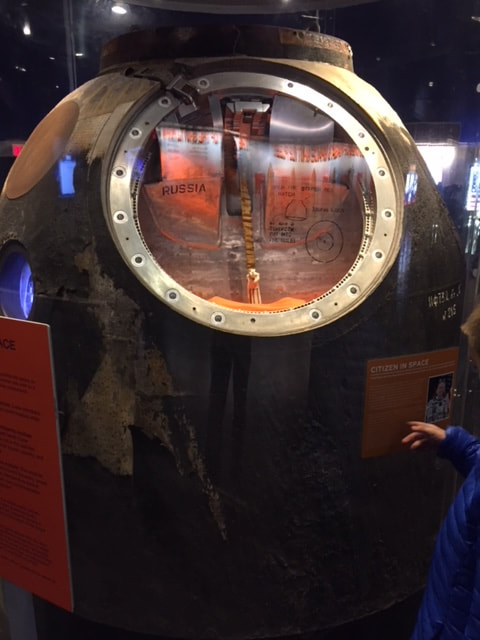 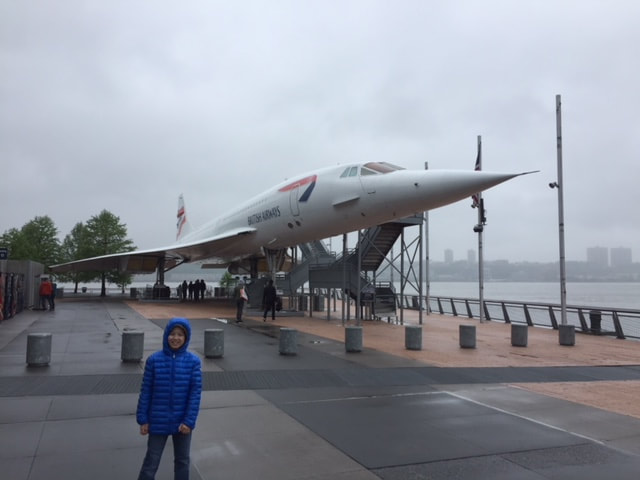 Concorde on the pier adjacent to the Intrepid. 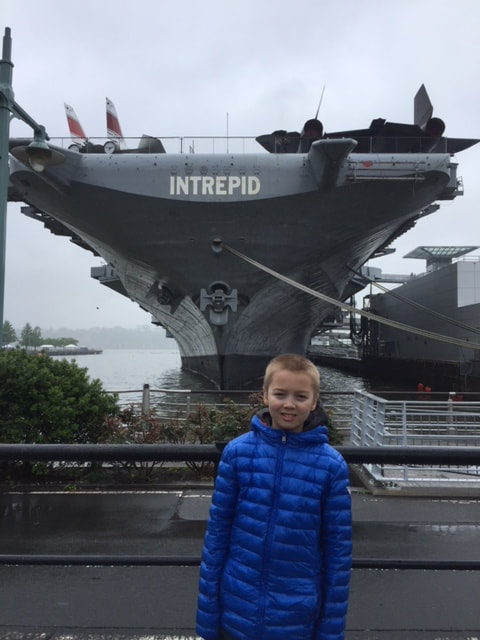 Erik in front of the Intrepid with the til of the Blackbird visible on the vow.