When I was five years old attending BridgeView public school in 1971, the Cold War was still very much a reality and instead of practicing for mad shooters like they do today, our teachers had us practice for nuclear war via attack by Russian bombers. Of course, the threat of nuclear war was offset by the knowledge that we had a good chance of surviving by hiding under our desks- I understand now the preferred hiding place is in the corner farthest from the door to the classroom. There was also the sweet promise of a tit for tat counterstrike by American bombers stationed at bases not so far from where I lived, so that was comforting. As a curious 5 year old I made sure to educate myself about the tools our American friends to the south would be counter-punching with (it was always assumed that ours would only be a retaliatory strike) and I was pleased to learn that the B-47 and B-52 bombers had done an exemplary job in scaring the Russians from daring to make a first strike.
By 1971, the B-47 had been removed from active duty with SAC, having never delivered a bomb (and thereby ranking highest in my admiration for effective bombers) in wartime. But really, my admiration for this plane has nothing to do with it's designed purpose of high altitude dropping of nuclear bombs- rather, it was a truly aesthetically pleasing design, with grace
​fully sweeping wings, polished aluminum skin, and long slender fuselage- in  fact, Boeing eventually incorporated much of the airplane's design into their subsequent commercial airliners no doubt because it looked so good.
Today, only about 25 original B-47 survivors remain according to Wikipedia, so I was quite surprised recently when I received an email from Mark Pharo enquiring about an Allyn B-47 Ashtray (see my airplane ashtrays page under the "more" tab). In the course of discussing the finer details of Allyn ashtrays, Mark revealed that he'd been restoring an actual F-84 cockpit until he got side-tracked by another project which quickly eclipsed it- an actual B-47 cockpit! This is the kind of thing that I have always admired by our American neighbours- where else in the world can a private individual acquire the remnants of a Cold War airplane AND aspire to actually (at least partially) reassemble them?  Having worked as a volunteer for many years in a local museum, Mark seized on a fortuitous opportunity to acquire a truckload of scrapped B-47 cockpit parts from an aircraft scrap dealer and soon found his home filled with a giant jigsaw puzzle of B-47 cockpit parts. As Mark puts it, "I believe that the best way to move forward and keep history alive is through strong interactive museums where kids can be inspired."  It's Mark's hope that one day he will be able to completely restore and present an accurate B-47 cockpit to the aviation museum at Lockheed/Martin Marietta in Marietta, Georgia outside of Atlanta- Mark's enthusiasm for the project is such that I believe he may just be the person to be able to pull it off! Here are some photos below of some of the parts Mark has begun to restore (judging from the display on the living room carpet I assume Mark has a very tolerant wife!) - a lot of imagination to envision the finished cockpit at this point, but what an amazing project! If you have anything you'd like to donate to Mark's project or information that may help him inch forward to recreating this cockpit, drop me a line at ed.das@rogers.com. 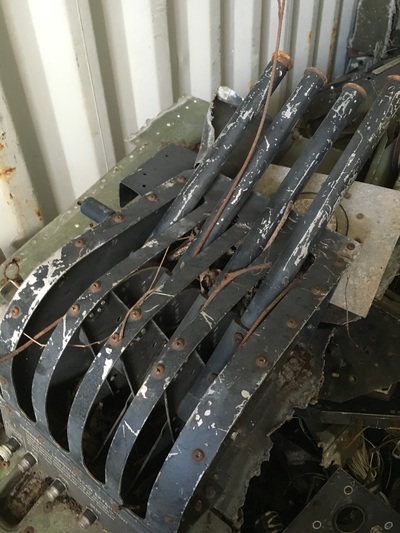 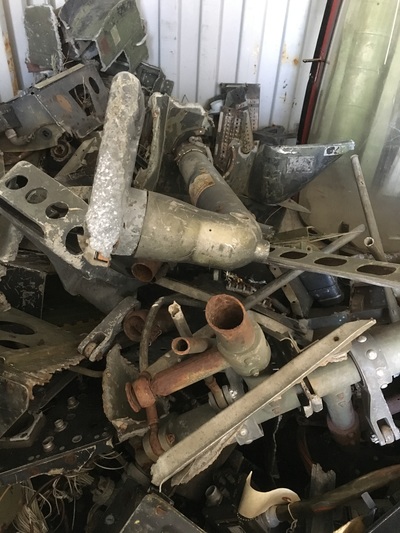 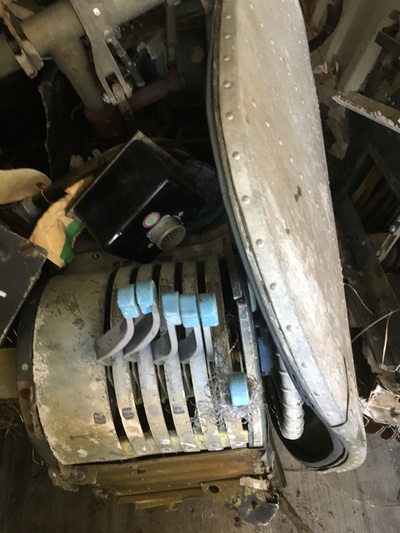 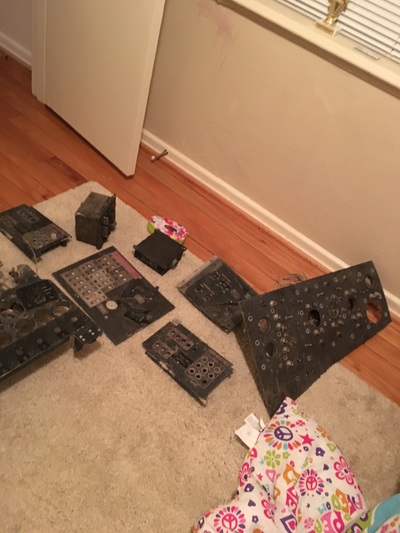 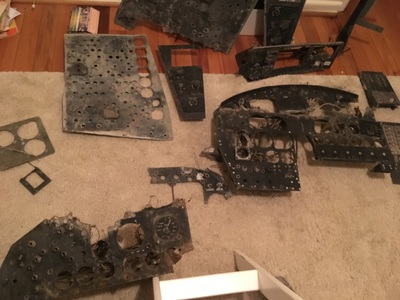 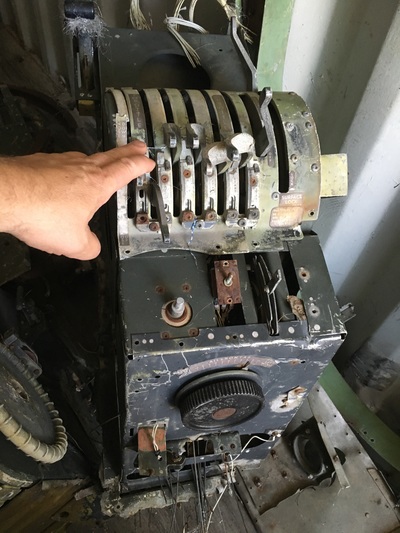 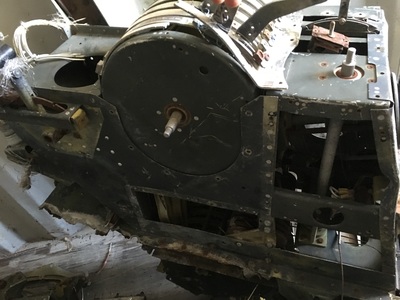 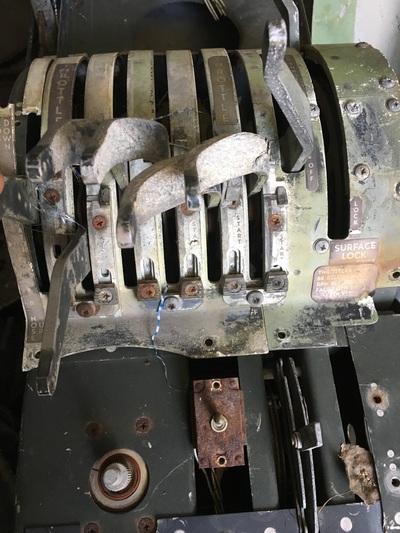 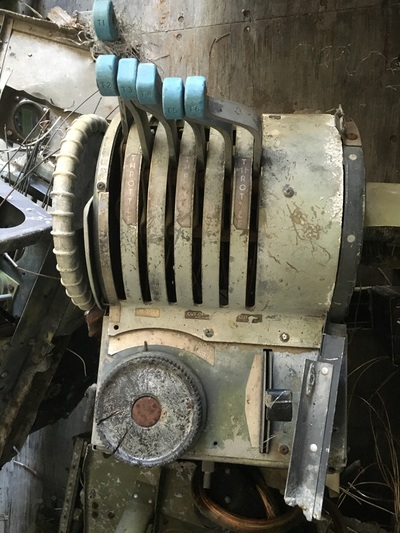 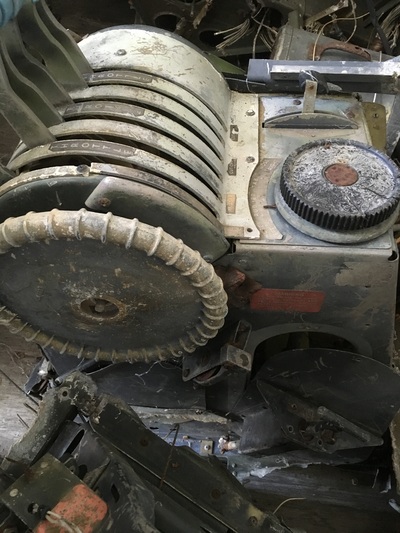 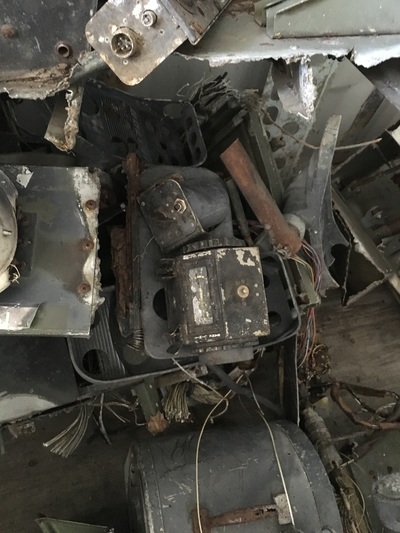 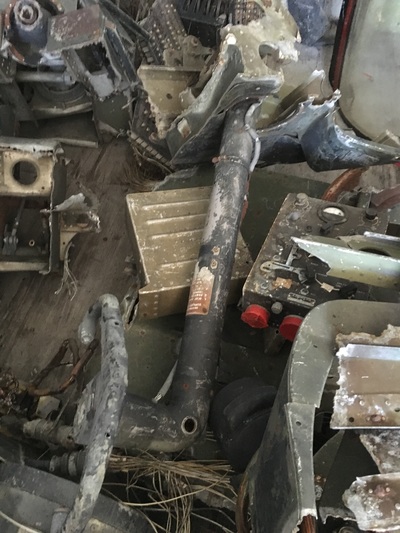 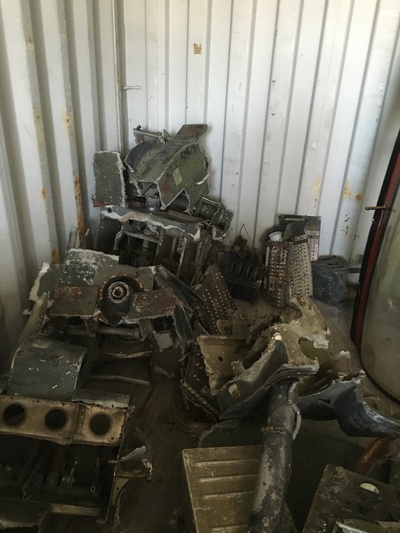 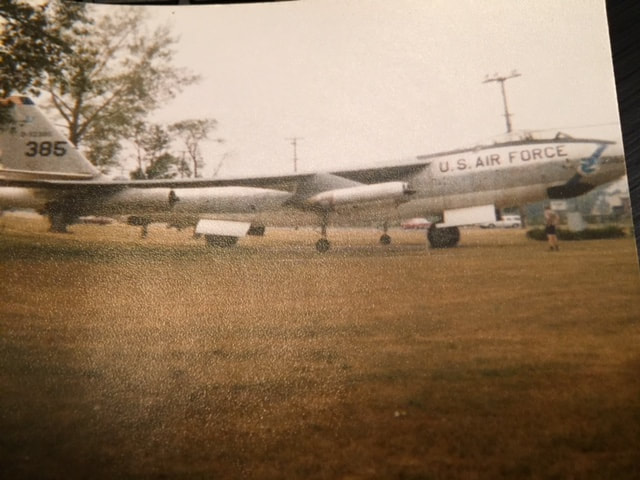 B-47 in park. Roadtrip with my dad when I was a kid. Dad standing by front.