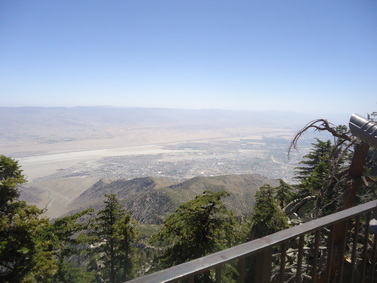 My wife and I headed to Palm Springs to check out the ride on the world's largest rotating tram car which traverses from the desert floor to an elevation of some 8,000 feet. Palm Springs by all indications is a quaint little retirement town populated in the winter by Canadian snowbirds and not much else in the summer because it's crazy hot. The view from the top of the summit however revealed that the town was home to a disproportionately large airport-this had to bode well i suspected for some aviation history, and I was not disappointed. 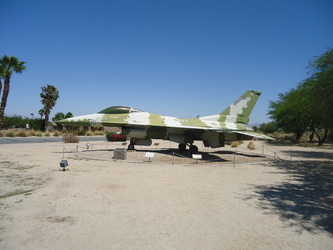 This F-16 used to take part in the Top Gun training schools and was done up in camouflage markings of a typical aggressor nation. 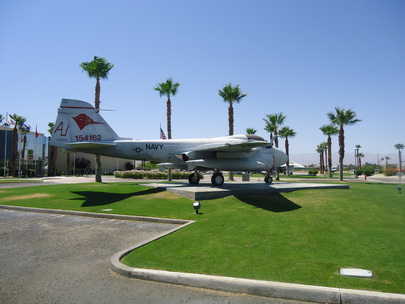 Guarding the entrance to Palm Springs warbird museum...the airport is technically an international airport but no one wants to come here as a destination so most of the international flights are from Canada. The Navy uses it to refuel their F-18's, but even that use is curtailed probably as a result of the retiree complaints about noise. 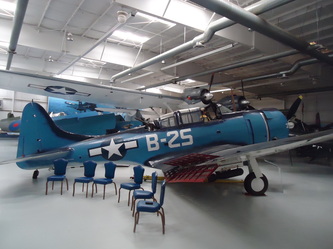 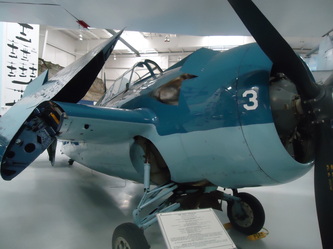 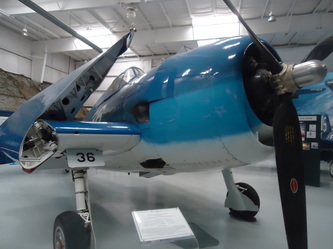 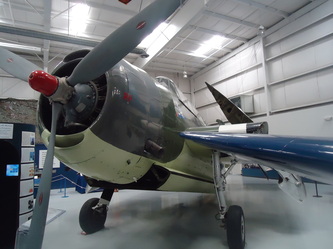 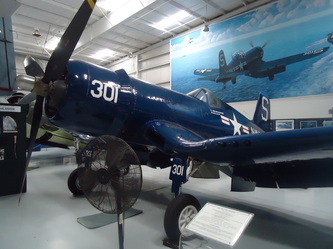 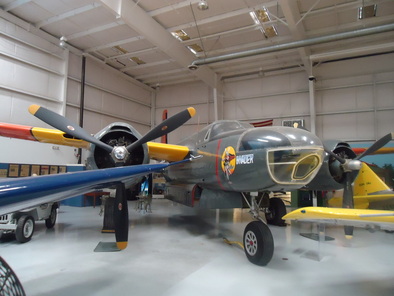 This Invader was made in Long Beach, California and after the war, served many years in BC as a water bomber before ending up in Palm Springs. 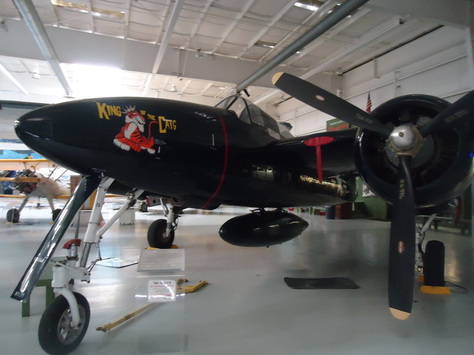 Only about 140 of these were ever built and production delays kept them out of WW11 but they did serve as night fighter trainers. 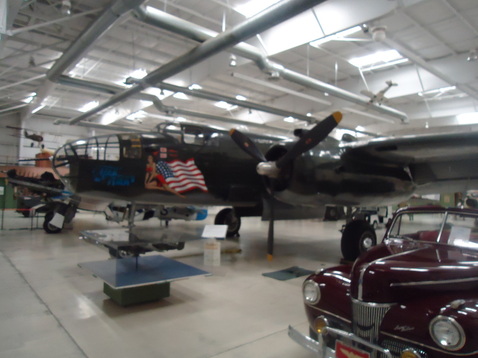 It's amazing how many of these Mitchell bombers I keep finding in collections..the Mitchell bomber is best remembered for Jimmy Doolittle's daring raid from aircraft carrier launches against Tokyo. The raid was a huge morale booster after the attack on Pearl Harbour. 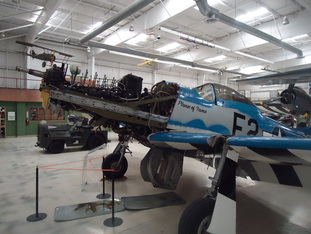 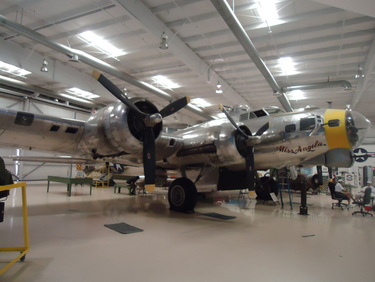