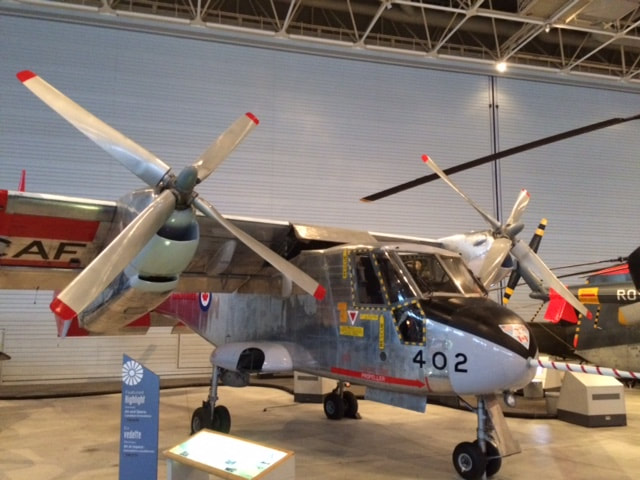 Arguably, the post war years of the 1950's and 60's saw some of the most spectacular advances in aviation technology with aviation firsts seemingly being set on a weekly basis. The Avro company was not the only Canadian aerospace manufacturer involved in groundbreaking research and development with their Arrow supersonic fighter- on another front, Canadair, an amalgamation of several companies over the years from Canadian Vickers, Convair, (Consolidated and Vultee Aircraft), and General Dynamics in 1952 was also engaged in amazing new technologies.

Numerous countries tried their hands during this period at variations on a Vertical Take-Off and Landing aircraft, each contributing a little piece of the puzzle as to how to make this type of aircraft work effectively-even incases where the design was a total failure. Some pretty crazy ideas were proposed and some even tested, such as the French Coleoptere a radical jet that looked like a 747 jet engine stood on end with a cockpit sticking out the front- it was a fantastic failure although it made some successful take-offs and landings before ultimately crashing and killing it's test pilot.

The Germans had dabbled with vertical takeoff during the war with the Bachem Natter, as well as the Flettner 282, and even later in the 1960's with a ten engine Dornier Do31 that became the worlds first (and only) jet powered transport, and a three engine fighter not unlike the Harrier called the VFW VAK 191B. None of these aircraft enjoyed production runs but provided useful lessons to their manufacturers on the complexity of VTOL flight.
In 1959, Canadair decided after looking at various ways of achieving VTOL flight and decided that a combination of tilt wing and deflected slipstream would offer the best chances at success- and as a viable replacement to the Bell H-13 helicopter in use by the US Army. The CL-84 (pictured above) would be the culmination of this investigation. The aircraft proved extremely capable and achieved a number of amazing firsts including the first simulated rescue by V/STOL aircraft and first full transition to hover from IFR flight long before the American Osprey design was a sketch on someone's notepad. In fact, the US military learned alot about VTOL aircraft through their investigations with the Canadair CL-84 which helped them to develop their own tiltrotor design of the Osprey (this previously proven concept differed by rotating the engines rather than the wing that the engines were attached to) Despite the CL-84's demonstrated success, including numerous successful sorties from US naval carriers, the old problem of Canadian aerospace companies- American disapproval of buying any military aircraft not designed and developed by themselves that flies- ensured this amazing plane never made it to commercial production.

For a fascinating read on the remarkable CL-84, check out this article:
https://documents.techno-science.ca/documents/CASM-Aircrafthistories-CanadairCL-84VSTOLhistory.pdf 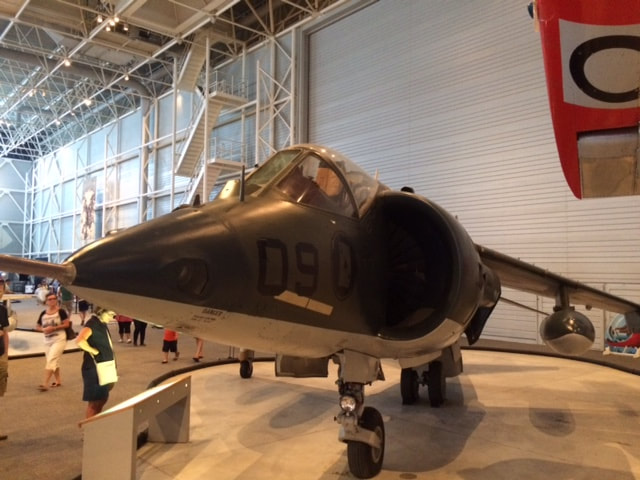 Hawker Harrier
A joint effort by the British, Germans and Americans ultimately seemed to have gotten VTOL flight right in the Hawker Kestrel and subsequent Harrier. At the Ottawa National Aviation Museum. Even so, these aircraft have very limited range when using VTOL capability.